"Visions is a splendid return in time..." 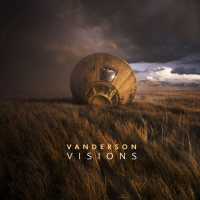 Vanderson is part of this invasion of Polish musicians who embellish the EM scene for the biggest pleasure of our ears. Influenced by Berlin School, both vintage and new, Maciej Wierzchowski composes a music which oscillates constantly between these two universes, caressing sometimes the cosmic meanders and its tones so metallic as heterogeneous established by Jarre, at least on Visions, in conformity with what would be completely suited to call today; the Poland School style. Visions is his 7th work and his very first on the label of his native land; Generator Pl. An album which will please undoubtedly the fans of old good Berlin School.
Sounds of gongs cross the ages, resounding among fine cosmic streaks and its winds which blow to scatter a cosmic silence. Fine sequences drum. Their delicate and feverish palpitations draw the souvenirs of a distant musical world furnished by the art of Klaus Schulze to modulate silk rhythms. A soft celestial flute covers this fragile poetic tempo which quietly goes towards an atmospheric passage where solitary chords roam among the singings of crickets and threatening reverberations. We are a little after the 6th minute and "Vision Part I" escapes with sequences which skip with more ardour. Sequences to crisscrossed strikes which intertwine in the doubloons of their hasty succession, moulding these nervous and hypnotic rhythmic which made the delights of vintage Berlin School of the Schulze's years that Maciej Wierzchowski sprays with copious synth solos and heterogeneous electronic tones. This rhythm at the same time soft and nervous fed the skeleton of "Powerminers" which begins with drops falling from a cave walls. Slow synthesized waves sunk into violined stratas are rocking there, waiting for these sequences with a soft chaotic and repetitive pace which team up to fine percussions while the exhilarating minimalist rhythm of "Powerminers" flows under a thick cloud of cosmic tones and soft flutes which sing under pleasant orchestral arrangements. Very musical, "Powerminers" ends its lyrical journey in the jingles of an intra-ground station and its trains which fit into each other, a little as in the universe of Jean Michel Jarre and his Magnetic Fields.
These tones of trains continue beyond "Vision Part II" whose rhythm is drummed by sequences to arrhythmic pulsations which spawn in the shade of discreet reverberations. Clouds of mist cover this rhythm which accelerates subtly its pace, while cymbals and percussions are framing a soft semi frenzied ascent which binds itself in percussions to tones of anvils wrapped in wadding to burst in a heavy and boosted ambiance. A very electronic ambiance filled by fragrances of Tangerine Dream and Air Sculpture with furious synth solos. The intro of "Vision Part III" reminds me a lot of the essays of Adelbert Von Deyen on his very beautiful Atmospheres (1980). The mood is as well poetic as cosmic with its clouds of spatial dusts which enfold the warm winds of lyrical synths. This is superb vintage years cosmic Berlin School we are hearing here with all this panoply of analog electronic tones which become entangled in a perfect atmospheric symbiosis. We feel a life inside these organic instabilities which implode of an oniric slowness, waiting for the smallest space of freedom to explode of a progressive rhythm. And the opening occurs a little before the 5th minute with sequences which alternate in a perfect symmetry, drawing a rhythm limping on cyclic and crisscrossed chords which waddle by following the movement of a more harmonious synth line. This hypnotic rhythm set by carillons and reverberations hangs on to wonderful solos which enlace and coil on a minimalist tangent a bit evolutive.
I adored Vanderson's Visions. It’s a splendid return in time when vintage Berlin School had this capacity to seduce with its soft minimalist sequences which fed long hypnotic movements where the modifications in structures were as perceptible as a blinking of lash. Evolutive rhythms which were of use as assizes to long and languishing synth solos or musical canvas to atmospheric sound paintings where the imagination rocked our dreams and transcends our fantasies. It’s very beautiful and too short! And this gives me the taste to go off to explore the world of Vanderson. 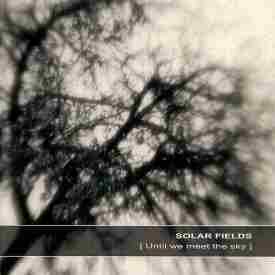 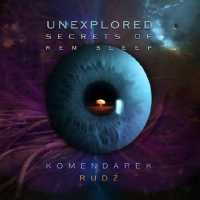 "Parallel Time is a pearl!" 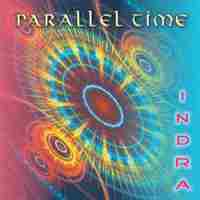 Some curt and edgy chords waltz with a metalized cohesion on the glaucous breaths of heavy and sinuous iridescent reverberations. Melted in a sound universe where the silvery tones get lost in the breaths of agonizing metals, the intro of "Prophet" drags us into Indra's odd and abstract sound world. We are hearing well these synths sculpted the winds of Orient. As we are hearing these poetic winds and these orchestral arrangements transported lunatic chords which only ask to form a coherent musical chain, but Indra decided to move away from his usual approach to offer a more audacious album. An album that he considers as more difficult to tame.
It’s after having attended to The Primeval Beauty theatre play that Indra had the idea to composed an album where the abstract mood would go alongside to the ambivalent and latent rhythms. After 2 first albums inspired by the Berlin School style, the Rumanian synthesist wanted to undertake a more audacious musical journey and Parallel Time is a whole one. "Prophet" is the most experimental of Parallel Time's original 2 tracks. It’s a long abstract musical painting where a panoply of interrupted tones, broken chords and isolated orchestrations vacillate and float in a musical universe divided between the cerebral anarchy and its fleeting evolutionary rhythms. The ambiance is surrealism with its melodies bits and pieces drowned in a musical anarchy made of heterogeneous tones and metallic breaths. In spite of its length (31:32) one can say that "Prophet" is drawing out in abstract redundancy because Indra gets our attention and feeds the imagination with harmonious insertions which go astray and come back under other forms in this long musical babel. Divided between pure stillness, some subtle sequenced momentums which wave on a sea of agitated tones and wandering choirs as well as some avalanches of scattered percussions "Prophet" pursues its long road to mislaid harmonies, falling sometimes into bitter eclectic moments and getting up again on other times for short harmonious moments; witness of the constant duality that Indra wants to impose on his 3rd work.
Sharply more musical and more inspired by The Primeval Beauty, "Sphinx" is simply wonderful. It’s a long hypnotic title which is strongly impregnated by the influences of Berlin School with a meditative progressive rhythm hammered by incise percussions of which the strikings sometimes metalized resound in the mist of Hinduisms' fragrances. A synth with honeyed winds of the Middle East opens the intro. A rich intro where the paradisiacal breaths are wrapped by crisscrossed synth stratas. Stratas which drop its choirs and its limpid tones of crystal. This mesmerizing movement of morphic waltz stretches its elytrons of desires beyond the first beatings of percussions, rooting the sensualism of an intro which does not stop merging in the strange lasciviousness of a movement which nevertheless goes on the borders of perdition. A little before the 8th minute the percussions fall with more heaviness and vigour, masking a bit the tones of suave flutes which emerge from the synths and giving so a second life to "Sphinx". A life imprinted by a sensual and cerebral magnetism. Wandering choirs smell the limping rhythm. It’s a slow and heavy rhythm, as a hypnotic groovy, which skips with a mixture of percussions and metallic jingles. Indra adds to it some splendid and attractive synth layers with tones as much striking as surprising which whip up the senses and calm the heaviness of the strikings of percussions of which the hypnotic pounding oversizes its dodecaphonic approach. And so "Sphinx" goes on and displays its 30 minutes as a slow cerebral trance where the rhythm is of use as pretext to a musical painting to thousand eclectic breaths and where the magic of Indra settles its first real daring ramifications which will serve the versatility of the Rumanian synth-spirit through his many works to come. This title is a pure marvel of electronic minimalist music.
Written15 years later, in 2007, "The Twins" is a bonus track included with this new rerelease of Parallel Time. And this is another jewel that Indra pulls out of his synths! It’s a pure delight of minimalist fascination which begins with tinkled chords which skip and collide with the sweetness of the oniric tenderness. One recognizes the sound of Indra. His delicacy and his kind of level-headed hesitation, signature of sweetness and sensibility get by knocks of life, which shapes a fine rhythmic slightly jerky. And the music is gorgeous! A wonderful romance where the chords and keys flutter with delicacy and harmony, changing the course of their melody on a rhythmic axis subtly permutating. The movement is of an innocent candor and all in harmony with those series of  twinkling  chords which hop in filiform lines and which crisscross in various melodious approaches, forging a ball of unfinished melodies which are complementing each other in the abstraction of its parallel lines, from where the link with Parallel Time. And when we tell ourselves ‘‘Shit, that it’s beautiful!’’, it’s becomes even nicer with its orchestral arrangements which pulls out a smile of the soul. Smiles that Indra is pulling out of me since moons already!
Parallel Time is a pearl! If "Prophet" can murdered your ears with its approach as eclectic as experimental, "Sphinx" and "The Twins" are two inescapable in the musical world of Indra and even the world of EM. Audacious, Indra laids the foundations for a style that he will polish up with more refinement in his subsequent works, I think in particular of the very beautiful Echo in Time released in 1998, and which will become the seal of this brilliant synthesist and music writer.
Sylvain Lupari (2012)
Cet article est disponible en Français sur le site de Guts of Darkness, dont je suis chroniqueur sous le nom de Phaedream: http://www.gutsofdarkness.com/god/objet.php?objet=14916
* If you want to know a bit more about the sound world of Indra, you can visit his website here: http://www.indramusic.ro/

"Strange Attractors is a real tour de force which shows all of Ian Boddy's dexterity..." 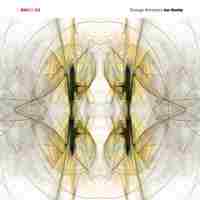 * If you want to know a bit more about the sound world of Ian Boddy, you can visit his website here: http://www.din.org.uk/din/node/310

"SynthsOrganics is a rich album both in tones and in musicality..." 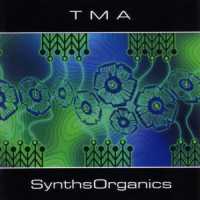