THE ELECTRIC GOLEM: The Electric Golem (2010)

Beatings being transformed into irregular signals of a Geiger counter imprinted of a disturbing statism open Deep Diving for Chickens' intro to be infiltrated into a vague rhythm where accordion pads cross indistinct mooings. Strange you may ask yourselves? Well, it’s only the beginning. Very experimental, The Electric Golem is an American duet formed by Trevor Pinch, who has the peculiarity to create his own synthesizers, and James Spitznagel. Together concoct a abstract musique de cuisine where rhythms are parsimonious and buried below an avalanche of sound effects as much cosmic than electronic and experimental. A music more ambient than sequenced where floats an array sounds and noises of all kinds on an approach more psychedelic of the 60’s and 70’s than electro-cosmic. 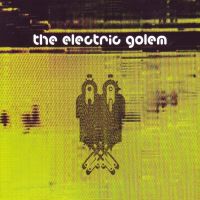 Deep Diving for Chickens offers a nebulous intro with an inconsistent rhythm and ambiguous structure where everything is pretext to a massive use of heterogeneous tones. If experimental EM appeals you The Electric Golem, will satisfy your curiosity of sounds and...senses. If there are long ambient moments filled by an ambiance where green smoke does its work, there are good moments and moments that are simply genius like this pace which arrives from nowhere, at around the 8th minute, and which quietly espouses a slow rhythm hammered by hesitating percussions. Heavy strikes that fall among chords of hatched synths, within the framework of a shaky rhythm. Toying between pure ambient and fragmented rhythm, Deep Diving for Chickens caresses nice ambient moments that lead towards very eclectic tones, sometimes aggressive, before forming these sudden paces that make the charm of Deep Diving for Chickens.
This Must Be the Place presents a slow caustic intro where reverberations circulate among whimsical notes of a disoriented guitar. Anguishing synth streaks fly over an atonal movement from where fuses a variety of tone as much melodious (notes of piano) than cacophonous (twisted synth strata in with slow resonances). And, a little as in Deep Diving for Chickens, the structure embraces an atonal phase before deviate on a rhythm arising from diverse tones. A brief minimalism cadence before This Must Be the Place dips back into torments of sound searches and meeting points of the musical schizophrenia and the caustic psychedelism.
You will have understood that The Electric Golem is not for all ears. It’s a highly psychedelic, and electronic, album where parsimonious rhythms are flooded beneath a torrent of colourful sound effects as much strange as a snowstorm right in the heart of Sahara. For audacious ears and fans of a purely abstract music! 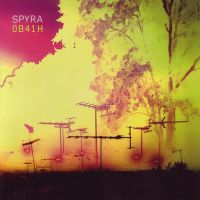 Always so unpredictable, Spyra is offering us a floating work where tender romantic synth layers merge to more eclectic, caustic and metallic strata in a hybrid musical universe. A universe shaped of multiple layers of a synth which dresses in tones of violins, cellos and flutes in musical structures free of rhythms and sequences but which evolves by subtle pulsations and oscillations just as much melancholic than irascible. 0B41H (Zero Beat for an Hour) is an editing of ambient tracks written between 1993 and 1999 and that Spyra remixed to make a long musical piece divided in 8 parts where synthesized surges are, now and then, moulded in symphonic and\or cosmic axes. I think it’s a nice album as much mesmerizing as disturbing where Spyra spreads all its abstract bipolarity and we listen to it as we breathe in the night-freshness. But, as many works of Ricochet Dream, 0B41H is offered in a nice digipak and in a limited edition of 300 pressings.
Maurice Theme begins this work to well felt paradoxes with a very orchestral approach. Violins float and are enlacing with a fragile emotionalism to slowly waltz in a dark cosmos. A rolling of symphonic drum is breaking this softness, like a heavy cosmic wave which strikes the cliff of a grazed planet, throwing the soft synth waves of Maurice Theme in the very harsh intro of Consciousless which presents a start with strewed acute eclectic tones and galactic impulses. We perceive here cogs and spaceship engine noises among a din of caustic and metallic sonorities which tear the silence of celestial bodies. That’s an intro rich in colourful tones which eventually quieten down to offer quietude atmospheric as in a shape of a sonorous unconsciousness where delicate layers find softness while floating adrift with sweet breezes of synth which perfume the ambiance of saxophone, oboe and cello tones while crossing their quixotic chords beneath celestial bodies and diverse ringing. Some strange twinklings that resound as well under soft strata than assorted sound elements before finishing their resonances into languishing philharmonics pads. Treysa II pursues this cosmic ode with soft orchestral synth surges which embrace singings of locust from another universe and fine xylophones striking which resound beneath erosions of rippling metallic strata. Two parallel universes which overlap, the one in a delicate harmony and the other one in a rustic and cranky universe where bird chirpings and morphic sweetnesses exploit the paradox of the movement which wants to be as celestial as infernal. A slow movement constantly twitched which is ending in calm and is sprawling until Wale Im Bergwerk and laments from whales which sing in a universe of psychosis and an ambiance more cosmic than aquatic stuffed of delicious synth pads which cross timeless tickings.
These out of times tick-tocks are continuing over Orange Toad’s intro, a little as if time found again its importance in an intro where pulsations cross voices as childish as grown-ups which whisper a psychosis on more accelerated mechanisms of the timeless watchmaker. But a soft flute wraps this race against time where hissing and discreet, but dark, choirs are delirious in a morphic softness liven up by a fine pulsation but embellished by the suave clarinet of Eric George which criss-crosses the roads of isolation and solitude on the very moving Eric Theme and its very beautiful clarinet breeze which floats in a cosmic silence. A silence that continues in the mechanical breaths and layers of Helium Soft morphic synth which doesn’t succeed to smothered whispers of dementia of an enslaved solitude and which is linked to fascinating and eclectic metallic breaths of Die Blinden. If the intro is acrimonious with all these sound effects that squeak and such as twisted metal sheet, the suite is a soft morphic ballad always papered by heterogeneous tones. But sounds and breaths that mould a mixture of tenderness and anger where beauty remains caustic but of a fascination which has only an equal to the psycho psychedelic perception proper to the paranormal cosmic and universe of Spyra.

Fascinating, strange and disturbing but of an indefinable beauty, 0B41H transcends the punctual works of ambient and cosmic music. A strange rendezvous that the audacious Spyra throws to his fans and to those who look for a touch of madness and psychosis in a psychedelico-cosmic chamber music where only the imagination can frame any borders. Zero Beat for an Hour is an audacious album and a faithful reflection of the depths for Spyra unique abstract art.