During Arc last gigs in the US, the English duet gave two performances, one at St.Mary's Church in Philadelphia on 14th November 2009 and the other one in the WXPN radio station locals within the framework of Chuxck Van Zyl radio show Star’s End. Of this last concert, rather intimate we have to admit it, came the Rise album. An album with more atmospheric tendencies. While the one at the church; Church proposes a sharply more aggressive album. In fact Church is magic. The duet Boddy / Shreeve manages to draw a superb performance where Church soaks fully in the dogmatic mysteries of religions. A strong opus which exceeds all what Arc produced to date. A wonder for EM Berlin School style and one of the top 2010 albums! 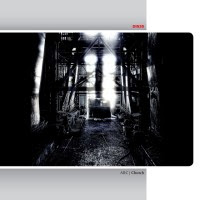 The title track opens with a distant wind to sinister curves. Small bells and bigger ones resound behind this mystic foggy where the breath of inquisition intrigues follows the hilly architectures of the holy walls. A dramatic intro where the intensity increases gradually with its synths to wrapping mellotron strata and hedging of soft melodies, beneath striking of percussions deserving of encouragements for rowers of old Spanish galleons. A haughtiness Gregorian intro where symphonic and angelic synths shine under stunning and mesmerizing strikes of percussions. At around the 6th minute point, we float in a sound abyssal which quietly redefines the rhythmic structure where the musical world of Arc appears as if by magic; low stealthily hesitating sequences, mellotron synth to fluty oniric breaths and crystalline chords which mold a brief fanciful dance. A set-up for a surge of sequences where heavy chords shape a loud cadence accompanied with a synth filled of blows overflowing synergy split between the melody and the fascination. Little by little, these sonorities clear up to make us dive into the glaucous universe of Arc where tempos prevaricate between the constancy and its ambient corridors, in a tumult of heterogeneous tones which form hybrid and secondary rhythms in the main conceptual schema. A long title which entrains us, as roller coaster of which the end is unknown us. This is some great inspiring Arc there swimming in his full musical delirious state, as the spirit we find on the delicious Fracture. Delicate felted percussions on a keyboard with notes which flutter on crystal wings, Bliss Plane progresses on a sequencer to soft minimalism pulsations and others pulses more biting, aggressive but aleatories. Flirting between a boundless rhythm and another more steady, Bliss Plane portrays the repertory of the rhythmic duality proper to Arc with these sequences that increase and ease, slipping through among a subjecting synth, of which nasal strata are unique to Arc.

Torch crosses musical corridors with ill-assorted tones which flow on a purring pulsation and a synth to spectral breaths. Slowly a tempo forms among this synchronicity tones, piercing the atonality of the intro with a chaotic rhythm which flourishes on a keyboard to hesitating keys and felted, but steady, percussions and subtle sequences which wave with a half held strength, making of Torch a title where the rhythms merge by a surprising sequential paradox. Veil is the master piece of Church. A heavy and hard title that needs more than two ears to savor it at its full measure and which commences with hesitating keyboard keys. Keys that skip awkwardly and which are soon joined by drummed percussions and heavy sequences full of resonances where a soft synth has difficulty to push through. Toward this full sonority raises a splendid dreamlike approach which a synth to delicate breaths sleeps on this hostile intro. And then, sequences pulse alone. A race which seemed harmless but which becomes subtly wild, drawing another rhythmic where a threatening sequencer adds itself and sticks to a superb mellotron which is wrapping us as, in the beautiful years of Moody Blues. An Epicurean title that explodes of an apocalyptic heaviness, but of which slow mellotron strata merge on isolated notes of piano and keyboard keys that recall  the universe of Shreeve on Legion and Assassin. Simply magnificent; the divinity fighting the apocalypse in its entire musical and poetic splendor. One of 2010 good track! Falling Through to Rapture is an extension of Rapture, from the album Fracture released in 2007. But a more awaken Rapture when a furtive tempo edges behind sumptuous mellotron strata and accelerates the pace among arpeggios of a nervous keyboards and a synth with long solos of which nasal loops shape a strange elfic harmony. Faithful to its musical universe, Arc molds here a tempo on sequences as ardent as keyboard keys, uniting a tempo that oscillates between tempered rates and ambient which distort Church ending.
At this very moment, Church is by far the album of the year in EM. Ian Boddy and Mark Shreeve succeed in creating an intuitive album bound to a world where the pastoral Manichaeism prevails on the soft harmonies of a hedonist world. A wonderful album where heavy rhythms live with inspired harmonies and mellotronned atmospheres following from a synth more and more emergent in musicality, thanks to the dexterity of Ian Boddy, and magical sequences also heavy, powerful and unique to Mark Shreeve adroitness. There are no empty spaces or temporal padding in Church. Everything sticks in unity and held as a big Mass without religions, but which the spirituality stays a matter of music.