“Yet another refreshing surprise in the fields of modern EM. Modern? Nah...Asteroid from Q2 is an amazing journey through the meanders of vintage electronic-cosmic-Krautrock” 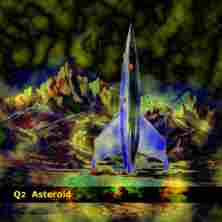