Those who know me and read me on Guts of Darkness know at which point I loathe rereleases of these uncountable boxed-sets which exploit the same theme without adding anything really concrete to the initial musical project. I love Remy, as well as his music which tergiversates constantly between the eras of Klaus Schulze analog/digital fusion. If the period of Inter*Face, Dreams, En=Trance, Miditerranean Pads and even In Blue fed abundantly your ears, the trilogy of Exhibition of Dreams will manure them even more. Because it is well and truly there that the Dutch synthesist music is situated. Melodious variations on dream and its meanders night owl theme, it’s at the end of 1999 that appeared the very first edition of EoD. Initially recorded on Mini-Disc and without overdubs, EoD saw the day on a very limited edition. The impact was rather significant for those who discovered Remy’s sound universe, starting a passion for fans that saw in Remy a Schulze disciple. A more poetic Klaus Schulze who respected his composition structures, which was a bit far from the improvised sessions and music of the German Master. Ten years later, Remy’s label (AKH Record) decides to emphasize the release of this album which became out of print too quickly. In last November, a single cd recuting a selection by Remy was release. Two months later, the whole thing! A triple boxed-set including the 1st edition, remastered with the technology of nowadays and a bonus cd including 6 tracks wrote during that same area which, with an incredible musical precision, exploits the unexplained labyrinths and hazards of dreams. 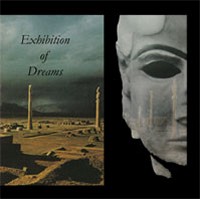 Such a slide in a night that will be shaken by dreams to random divinations, Into the Dream brings us in a soft musical universe with hesitating bass chords, encircled by fine arpeggios ready to fly in a night of thousand torments. Those who, like me, tasted the summary work will find the soft poetic lines of Entering the Dream with the hesitating approach of the sleepiness dance. A rhythm constantly held by a synth with spectral breezes and a keyboard with keys situated between an acoustic guitar and a harpsichord with limpid and plunked notes. Percussions fall, without ever smashing anything. A little as not to disturb the sleep tranquility, while the synth dresses its most beautiful dreamy approaches, before touching us deeply with this melody buried since a long time in the lightness of the sleep that introduces this long night of dreams. Mirage attacks the night with more vigor. A long track with progressive rhythms, locked into a sphere of nocturnal schizophrenia. This version is more ethereal and poetic than the one on the special edition, freeing a suave perfume of soft night-owl madness. Lost Forces (Velocity) follows the rhythmic tangent which develops since Into the Dream. Very similar to Mirage, the pace is however more frenzied and pulses nervously in a ghostly universe, shaped by a subtle line of bass with eerie pulsations and a synth with nightmarish waves. Luna (Lunascape) calms things down with a magnificent sequential spiral which swirls lasciviously, creating an effect of hypnosis, under a synth filled by a horde of strata as intriguing as lyrical and where the rhythm beats slightly, as an ode to the moon and its secrets. Distant xylophone arpeggios from out of nowhere introduce The Fields of Infinity which hiccups under rolling percussions. Percussions became metallic and slamming which follow the sequential xylophone approach that fade out with the arrival of an acoustic guitar with fine harmonious notes. Spellbound that we are, we hardly noticed this adorable fusion of chords to a divinely charming synth which oscillates slowly behind this harmonious duality to plunges towards a frantic finale where we regret bitterly the short length of The Fields of Infinity.

Unidentified Dreaming Objects is long epic track breathing this night-owl approach which is the premise of EoD and of which we perceive all the sequential approach that lies in it. A long rack which seems to be a summary of CD 1, but with a more poetic approach with notes of acoustic guitars or piano which flow among morphic synth strata with dark rotary waves. The rhythm is holding at this sequence with stealthily chords to be melting at a fine bass line which seems to get out of this nocturnal oblivion. It goes and hits where it needs, leaving all place to captivating mellotron strata, salvos of synth tinted of symphonic waves flooded in soporific choruses and its wonderful oniric guitar and solitary piano notes. Very different from Silent Conversations, Silent Voices is a wonder of solicitude and solitude which lights up beneath a soft piano of which notes embrace those of a limpid keyboard, where discreet percussions become the witnesses of this strange harmony of a duality between softness and disturbing dream. A superb track that breaks as much the soul as the lachrymal glands and whose reminiscences lay far beyond the uncoordinated rhythms of Out of the Dream.
If you already own EoD, you ought to know that the bonus CD which comes with this special edition is a whole lucky find. Some very beautiful Remy who navigates comfortably on any seas, as much serene as stormy! Metroid starts this collector's item with fine flutes of blowpipes with sharp breezes of which the echo is shaping to a synth with circular and hesitating waves. Waves that float, as leaves falling from tree, among xylophone keys with nervous strikes to which are uniting tam-tam percussions, reinforcing a cadence of which the agitation soaks in a static hybrid rhythmic. The structure becomes warmer with a synth of which fluty strata become entangled with symphonic breezes on a warm bass line which nuances subtly Metroid rhythmic envelope. Darker, more poetic and enigmatic, Silent Voices Part II progresses with weak stealthily on a structure more amber than her big sister. A sweet reverie on a much sharpened synth with dreamy tinkled sparkling. Strata to dense orchestrations which cogitate under heavy striking notes of pianos, Waiting for Dusk takes us in a night of tormented dreams with hits of piano which cry under quixotic violins, before taking a tangent where dream flees nightmare in a sound sphere filled with fluty mellotrons and xylophone keys on a disturbed structure. A great musical drama! After an ending where the duality of harmonies makes The Fields of Infinity more complex, The Cave plunges us into an atonal atmosphere with an intriguing approach. The atmosphere is caustic and soaks into a world of ether where the nightlife madness watches for us in every heterogeneous sound. A strange track which seeks for comfort among lost spirits. The Storm concludes this beautiful bonus CD with a long minimalism procession where the intensity is deploying with nuance, respecting the premises of Schulze’s works, in harmonies which is the reflection of the duality between the dream and the nightmarish approach that is Exhibition of Dreams.
As for me, Exhibition of Dreams is a magnificent musical piece of anthology. The kind of work which impresses time and which will leave all of its traces for coming years. The sound, the compositions, the approach sometimes dramatic sometimes melodious on structures at once minimalism and uncoordinated, make of this work a musical monument which explains all beauties and subtleties of the EM art