Tangerine Dream’s works hold on tightly to wearing effect of time. Initially released in 1995 on Miramar label, with a horrible art cover, and in a CD single version, The Dream Mixes knew not less than six lives of which the last one appears on the German label Membran with the title Dream Mixes One. I’m going to write about the TDI edition, released 2 years after the Miramar one and which includes one additional CD. And I will surprise you! Me who undertook the discovery of the DM with apprehensive ears, I was pleasantly surprised by the creative modifications and visions that Jerome Froese has for the music of his paternal. Mainly scrutinized starting Tyranny off Beauty, Rockoon, and Turn of the Tides, Jerome Froese brings to The Dream Mixes a technoïd touch which is enduring rather well from music already insipid. So the challenge wasn’t that big, since these albums weren’t what TD laid of better in its Miramar years, therefore why not test on titles in the search of nobility? This edition of The Dream Mixes includes 10 remixes and 6 new tracks, of which some are quite interesting. 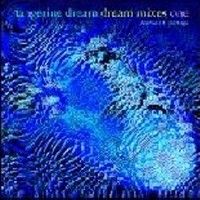 Tyranny of Beauty’s hyper soft and extremely melodious Little Blond in the Park of Attractions opens technoïd hostilities. Nothing is really happening. Jerome maintains the harmonious envelope of it, adding heavy percussions, padded cymbals borrowed to Jarre universe and a strong base line. A loud rhythmic divided between a hard tempo and the harmonious approach of Little Blond in the Park of Attractions. If I’ve been asked, I’ll say that I this version is much better than the one on Tyranny of Beauty. Keyboard with jerked chords and very dance-floor tempo, Rough Embrace comes straight away from Jerome Froese musical factory with a solid rhythmic draw on a frenzied bass line and arpeggios which ravel on a bouncy movement. Fractured, the tempo espouses frenzies of dance-freaks with synth layers a bit all the same enough ethereal, a kind of way to tie bond between TD’s public and the one that Jerome is trying to win. If you like, Virtually Fields is in the same vein, though a little more robust. I have a little difficulty to understand Mixes titles, like Forest Mix and Reptile Mix. What does it means? What is the meaning of these Mixes names? Except that, Touchwood (Forest Mix) presents a nice melodious introductory line whereas the title plunges in an unbridled rhythm stuffed of good synth solos, percussions and sound effects à la Jarre. I got to say that it gives its effect. The 2nd part is more dance with good bass and great percussions which roll up Touchwood in a ceaseless swirl of rhythms. I like Jungle Journey (Reptile Mix) with its heavy and languorous tempo which is twisting around good percussions. Besides percussions and rhythm machine are Jerome Froese strength. If guitars and synths are modest, sonny has the gift to surround his Dream reprises with solids percussions and clever sound effects, while maintaining the light and harmonious structures of original titles. Thus, Firetongues (Break Freak Mix), Catwalk (Dress-up Mix) and Bride in Cold Tears (Motown Monk Mix) enjoy all the same technoïd approach where loud strikes of unbridled percussions and good lines of bass mold artificial rhythms. But that breathes a bit better than the originals. San Rocco, another original title of sonny, shows a Jerome Froese who’s looking for himself with a structural approach very close of the Dream harmonies on furious rhythms, a bit as Iowa, where suction pads pulsations, frantic percussions, frenzied chords and orchestral arrangements of disco years fill a title which becomes heavy of insipidity. The kind of track which makes resounding loudspeakers so much that pulsations are uncontrolled. Too many is like not enough! Another Jerome novelty; Exchanges of the Gods is less heavy and as much effective with a very clever percussions play on a hatched structure, with good more balanced passages where solos of guitars marinate with accuracy in this ocean of jerked rhythms. Another good title coming from the handling of Jerome studio’s equipments who seems strongly inspired by Jean Michel Jarre’s Cousteau era.
Added in order to promote sales of The Dream Mix on TDI label, CD2 contains different mixes from 4 titles of the 1st CD. The rhythmic structures are bit different, but not really to try making us swallow grass snakes. If that sounds, the ethereal approach could appears more present on heavier and more rock structures as the whole of the first CD. From both new tracks, Sojus holds more my attention with good bongo percussions which initiate a frantic rhythmic line wrapped of a good synth with padded layers and a galloping bass line, worthy of dance-floor great tracks. A long music piece where fragrances and melodious approaches of Tangerine Dream from the Miramar years are omnipresent, but on wild tempos that remove every ambiguity towards Jerome Froese musical direction.
It is obvious that for the purists and the die-hards TD fans, the Dream Mixes series something that bother and I understand… but not completely. I will lean much more for the opposite. JF is attacking feeble works of the Dream to be teething and thus to give a melodious and a strongly rhythmic turn to a music which already missed essence and subtlety in its original concept. I do not say that TD should have borrowed this tangent. Not! As for me, Edgar should have forsaken the name of TD and start his own projects under another name, but that remains another debate. On the other hand as long as has to change musical course, why not doing it with a more mordant one?